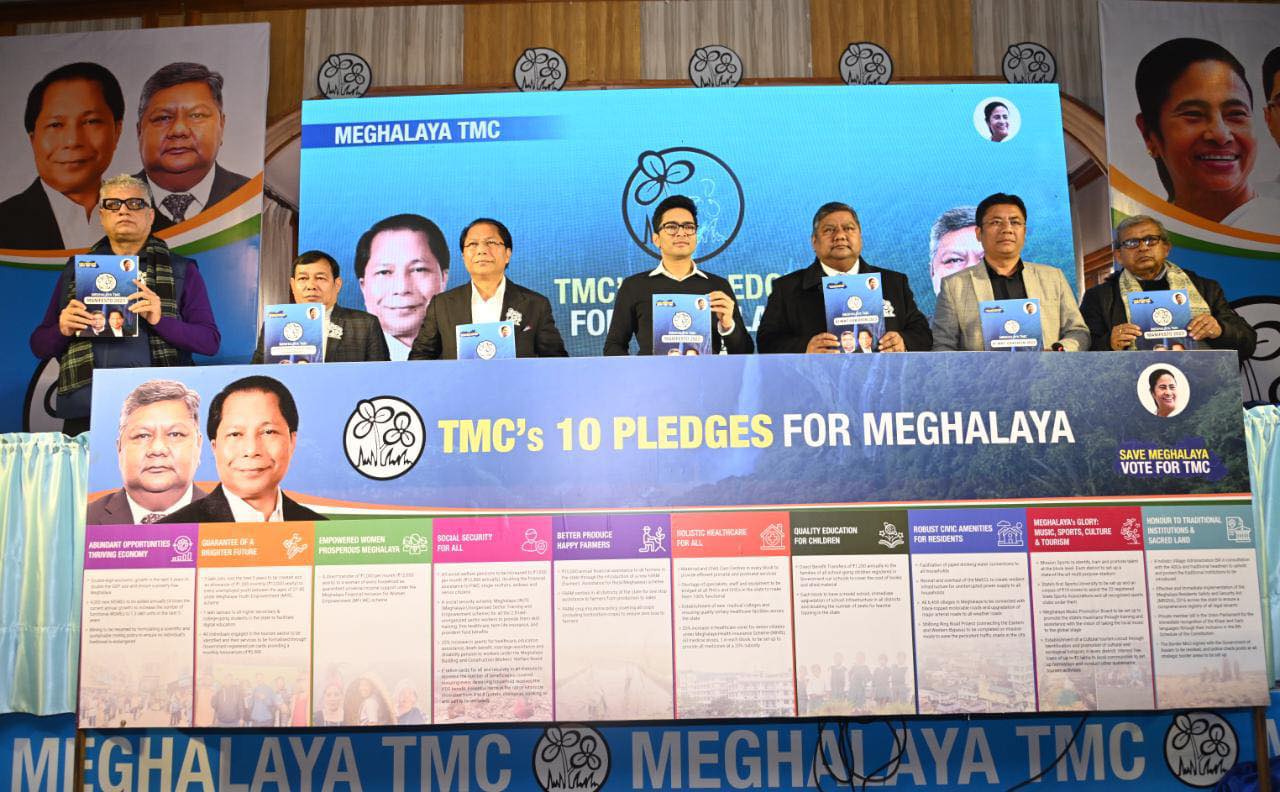 Meghalaya means the abode of the clouds. Meghalaya’s economy deserves to soar higher, amidst the clouds of employment and economic activity. Ever since its formation, Meghalaya’s economy was robbed of its true potential. Every Meghalayan deserves the best as they are being deprived of the economic and social development that is happening in the other parts of India. The All India Trinamool Congress, under the visionary leadership of Hon’ble Mamata Banerjee, has realised the aspirations, the needs and wants of this rich state and its people culturally and talent-wise, by being with them in ground amongst them. Meghalaya’s AITC election manifesto is not manifesto, it is a solemn promise made to people of Meghalaya which will be implemented within 3 months of coming to power. The 10 promises are doable & Trinamool will give the last drop of blood to fulfil it.

• Laptops to be given to 1 lakh students.
• Unemployed between 21-40 years will be given an allowance of ₹1000 per month (MYE Card).
• Women will be given a grant of ₹1000 per month (WE Card).
• Small/medium industries will be increased 4 times.
• 3 lakh jobs will be created within 5 years.
• Farmers will be given an allowance of ₹10,000 per year.
• The work promised in the manifesto will start within 3 months of assuming power.
• Will resolve Inner Line Permit Issues.
• Will revoke the Memorandum of Understanding with Assam regarding land.
• Will check illegal immigration into Meghalaya.

Mamata Banerjee always says, “My commitment is my credibility”. Trinamool Congress has fulfilled all poll promises made in Bengal manifesto. Similarly, every promise made in the Meghalaya Legislative Assembly election manifesto will also be honoured. TMC will strive hard and will do everything to achieve its promises. This was assured by the National General Secretary Shri Abhishek Banerjee, M.P. with confidence and unshakeable determination in his voice in the election manifesto releasing program in Meghalaya.

Next article Didir Suraksha Kawach: Connecting with the Aspirations of Bengal